Grim rode 300 miles today along with stopping at Mountain Home to make sure his father's gravesite was all fancy for Memorial Day.

My father, Hal Wilson Walker, was as patriotic as they come and he loved holidays. He was also one tough hombre. I miss him greatly. 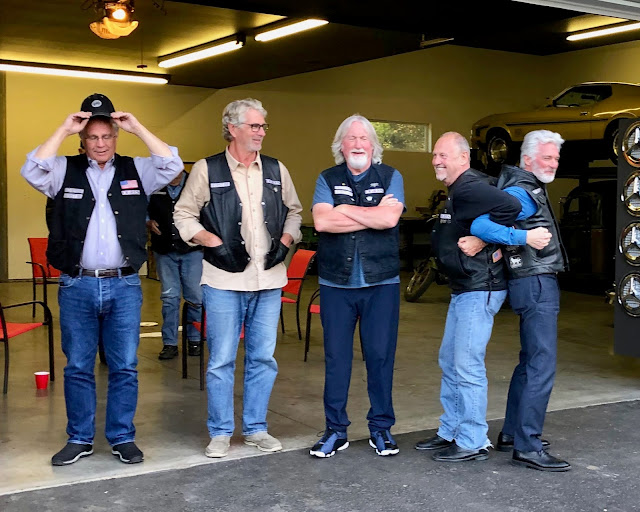 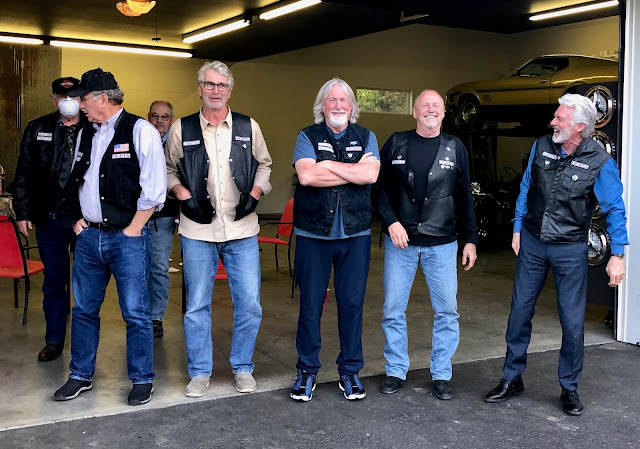 We began the meeting with 4 gourmet pizzas from Flying Pie Pizzeria generously provided by Krome. They were delicious and hot as they were delivered to the door. At one point, shots were almost fired when Grim went to open a bottle of soda that had been previously shaken by G-Man. The bottle fizzed over spilling onto Grim's fresh Air Jordan 13s. The violence was averted by Rip City's quick intervention by getting the sticky mess off of the aforementioned "joints".

The first order of business was a motion put forth by Grim reference granting our Emeritus member, Smooth, the assignment of "chase car" for the sanctioned and sponsored OGRES MC Spring, Summer and Fall Runs. There was a discussion followed by a vote. The vote was unanimous to assign Smooth to "chase car" status for the aforementioned OMC Runs with the following guidelines:

Smooth must utilize his most cool cages for the assignment.

No member is allowed to have any of his gear to be transported in Smooth's cage. Smooth is only allowed to carry member's booze, broads or AR-15s.

Smooth still must follow all Club rules when it comes to rides, including getting permission for any and all guests. Smooth will follow the sweep motorcycle at a distant agreed upon by the sweep rider and Smooth.

The next discussion centered around the Spring Run and what contingency plans were needed in case the John Day ride fell through. The general consensus was that we would do an alternative ride on the same dates rather than postpone the Run until later in the summer. Stay tuned.

Grim started a discussion about a 10 year Anniversary patch but little interest was shown and the discussion died.

We made sure to have the customary trash talk about the missing members: their collective and personal appearance, parentage and such.

G-Man then championed a race between Bomber and Rip City since they both had their Coleman mini-bikes on site. We moved to the drag strip (street in front of the house) for the race. Wagers were placed and cash was collected.


Bomber won handily as Rip City's bike was hampered by the cute basket on front and the mighty luggage rack on the back, big enough to haul out an elk.

After everyone got their turn on the bikes, we all said our goodbyes. Grim, G-Man and Bomber had an after meeting meeting for about another hour or so before we also headed home.

Stay tuned for updates on the Spring Run. At this point, the Run is on as planned. 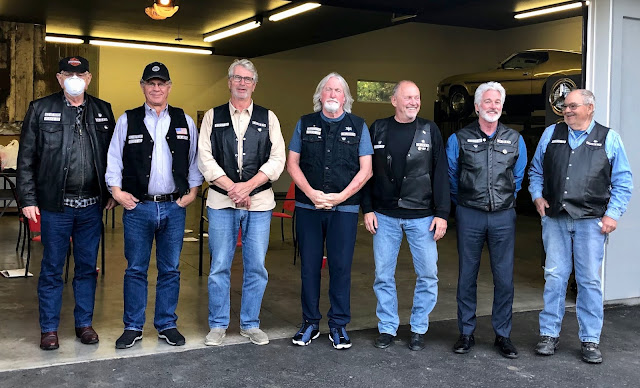 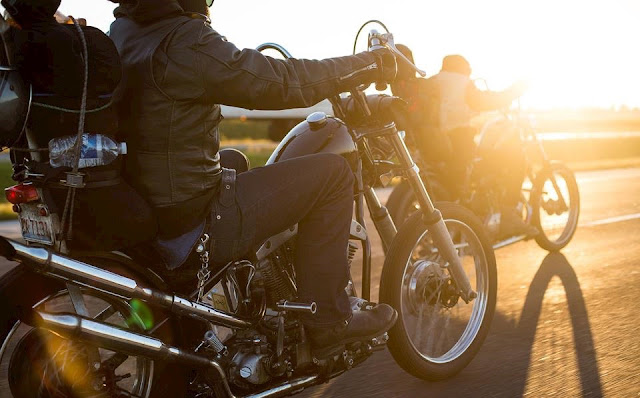 The OGRES MC mandatory May 2020 meeting will be this coming Thursday at 6:30 p.m.

It will be held at Bomber's house.

Food and beverages will be furnished.

There is plenty of old business and new business to discuss.

Let Grim know if you are NOT attending.

Be there or be square.
Posted by GRIM at 1:58 PM No comments: