Members and guests met at the appointed start and had a nice breakfast/safety meeting.  The Sgt. at Arms made sure the ride began on time and we headed down towards Mountain Home.  Traffic was fairly light on the freeway and even less traffic was experienced on the road through Fairfield.  The weather was perfect and the ride was smooth and pleasingly uneventful.

We made a stop at Timmerman Hill to stretch our legs and have some snacks.  The temperature had increased but was still comfortable.

We started up again and headed out through Picabo and Carey.  Between Carey and the Craters of the Moon a domesticated pig "road kill" was spotted on the side of the road.  Poor piggy.  Riders had never seen that sight before.  Perhaps the pig jumped from the back of a cage.

We rolled into Arco and stopped at our usual lunch spot.  The place was pretty packed but we found a table for eight.  Everyone settled in except for Grim who continued to look for a better table.  One happened to open up with more room right next to a window.  With much moaning and complaining the crew moved to the lovely table claimed by Grim.  During our visit, we were regaled with stories, jokes and bugling by a military veteran "subtly" identified by his apparel.  It was fun to experience his repartee with Duke.  No one got a picture of him, much to Grim's chagrin.

Joy made a comment about the nice weather and Lee advised her the weather can change at any time along the route between Arco and Challis with showers at any time.  Lee jinxed us.

We grabbed some fuel at the local Chevron, er....., Mobil station and headed towards Mackey.  It was a nice ride through Mackey.  Past Mackey, it was evident we had just missed a good storm as the road was wet and the passing cars were throwing up spray.  We had a tailwind, however, instead of the usual strong crosswind.  We did experience a couple of light showers, albeit a little lighter than a shower.  A sprinkling? 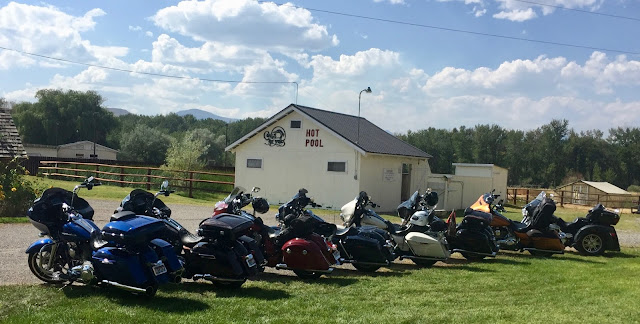 We rolled into the Challis Hot Springs and checked into our rooms. It didn't take long for everyone to hit the water.  The water felt great and we stayed in quite a while.  Grim had foresworn any alleged rock throwing so the atmosphere was pretty relaxed.  G-Man showed up mid-dip and caught some trash talk as he made it into the water.

Duke, Fresh and G-Man made sure to have a wet business meeting so as to be able to write off the trip on their taxes.  Grim was glad to be retired. 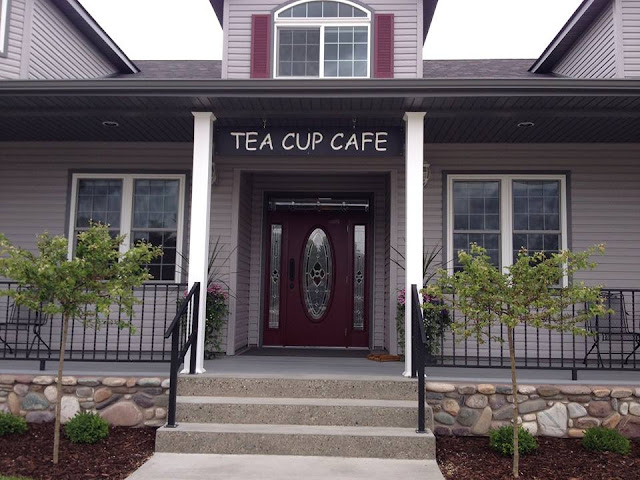 We took off at 6:30ish to make our way to dinner.  We were going to the Challis Lodge to check out the new ownership but G-Man insisted we go to the Teacup Cafe, Bakery, Expresso Shop and Foot Massage Parlor.  The place closed at 8 pm. and it was clear we caught them off guard with such a large party as we experienced a slow start with the service.  Most of us had Prime Rib but Fresh was smart and had the special: New York steak.  Most had a nice meal and others......not so much.

We grabbed some fuel and some snacks at the local gas stations and headed back to the Challis Hot Springs.  We decided to forgo a card game and had a nice bullshi....., er, visit in the house.  Rip (60 Minutes) City interviewed Bomber about the intimate details of his life.  Others avoided the spotlight.  Rip City smelled like high octane for some reason and we all got a little high from the gas fumes emanating from his person.  Participants ensured the commensurate amount of trash talk was given about the OMC members who did not make the Run.

Duke announced it was past everyone's bedtime so we called it a night and hit the sack.

The breakfast the next morning was the usual excellent fare that the Challis Hot Springs crew, Cathy and Mike, always serve and we filled up.  Shortly thereafter, we were off and down the road towards Stanley.  The 62 miles to Stanley were the usual tremendous curves and roads we always enjoy.  Even the construction zone was opened for the weekend so there were no delays.  We rolled into Stanley and took a little break for Advil and other more savory snacks.

We rolled out of Stanley and soon crested Banner Summit and headed down the mountain to Lowman. 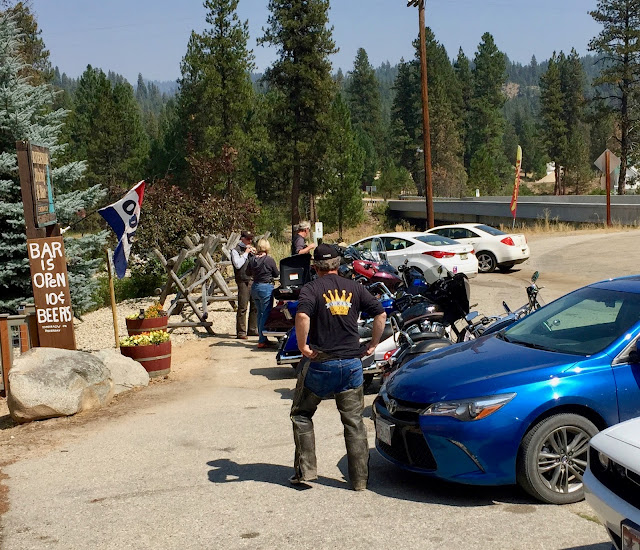 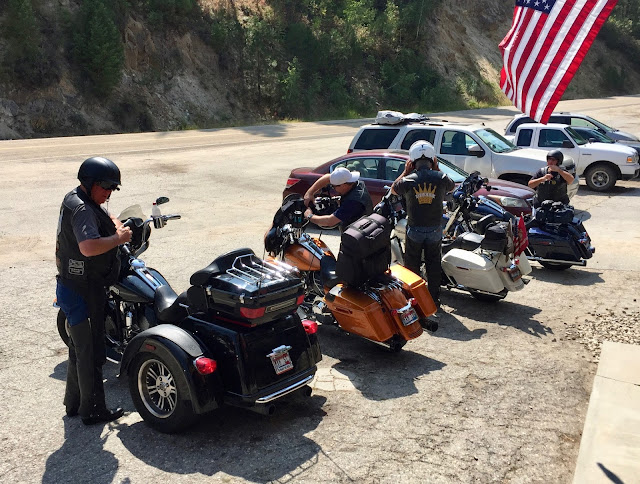 Our intention was to merely stop and check out the newly opened Lodge in Lowman but after venturing inside, the cool dining room and the overall welcoming ambience lured us in for lunch.  The planned lunch in Crouch was forgotten.  It turned out to be the best meal of the Run and the respite was very pleasant and filling.

Eventually, we headed down to Garden Valley where fuel and the promise of ice cream awaited.  We fulfilled both promises and then headed down the rest of the way to our finishing point at Highway 44 and Old Horseshoe Bend Road.

What a great Run.  The company, weather, roads and food was outstanding and made us wish there was another Run before cooler weather prevails. 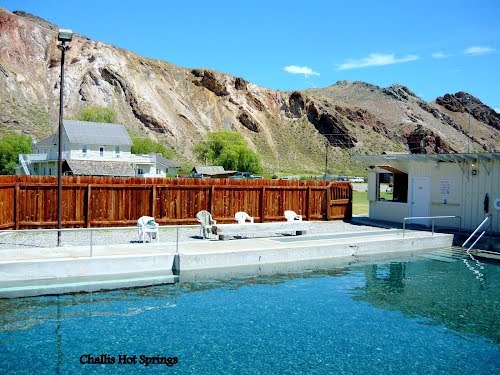 The OGRES MC 2017 Fall Run is happening this coming Friday.

We will meet at the Chevron Station at Gowen and I 84.  The safety briefing will begin at 8:45 a.m. and we will be rolling promptly at 9 a.m. sharp.

If you are late and have to catch up, the itinerary is on the website at this link:

I talked to Mike at the Hot Springs today and they will not be serving us dinner due to manpower and other restraints.  I assume they will still be serving us breakfast.

So we will eat in town at the Challis Lodge and Lounge.

So far, by my count, all members are going.  Let me know if you are not going.  Also remind me if you are bringing a guest other than:

OMC members met at the appointed place and time for our annual Barbecue with our spouses.  Many, many thanks to Bomber and his lovely bride for the great hospitality.

Members and guests first met in the formal garage for hors d'oeuvres.  We all had a nice chat while Bomber finished up the steaks on the new grill.

No one was trampled during the transition into the dining room although Grim had a free hand in moving around the place markers for the diners.  The boy/girl/boy/girl tradition, however, was upheld.  We were served the largest and most tasty steaks Grim has witnessed along with delicious green, fruit and quinoa salads.  It was a gastronomical delight and the best meal Grim has enjoyed for a long time.

The conversation was witty, intelligent and mostly funny.  We spoke of homilies, politics, race and religion but no fist fights broke out and things remained calm.

We sat around for quite some time, after the food was consumed, trading stories, lies and pointed insults/trash talk/disdain for the OMC members not in attendance.  At least 2/3s of the missing members had good excuses for not attending.

After dinner, the guests checked out Mr. Bs collection of homemade pendants and marbles.  Each guest even left with a very nice bouquet of flowers in used moonshine jars.

The men adjourned to the driveway to talk cars, motorcycles and to further talk trash about the OMC members who were not in attendance.  I should not have been surprised, when the conversation turned to classic cars, to see the picture Rip City conjured up on his phone.  Bomber and I talked of the classic Bel Airs, DeSotos and Pontiac Chieftains that are the mainstays of American culture.  Rip City interjected with his phone picture of a Datsun B2000.  Holy cow.

I checked out the very cool Mustang in Bomber's garage but the car paled in comparison to the DeSoto parked next to it.

As the evening waned, Bomber turned to Mrs. B and stated that they better go to bed so Grim could go home.  Grim got the hint and the screech of tires could be heard through the neighborhood as he departed.

Next year, the barbecue will be held in September again.  Perhaps then Krome will show up instead of celebrating his wedding anniversary and G-Man will hang with his OGRES brothers instead of doing a motorcycle trip with the Crash Riders.

Huge OGRES thanks again for Bomber and Mrs. B for hosting such a marvelous and fitting evening.  Wow.