After 11 years of OGRES MC sanctioned Runs, and many wonderful Runs, the Club was bound to have a clinker. Well, this one truly is one best forgotten.

On the first day, the Band of OGRES came upon unmarked asphalt paving construction and Krome was the victim of a perfect storm. All the OGRES MC members wish Krome a speedy recovery from the four broken ribs and the broken scapula he incurred.

That evening, Gundy discovered the rear tire of Slick's bike was bald to the point of almost wearing through the base of the tire. A mechanic was found and Gundy and Slick went to Prairie City, the morning of the second day, where the fortunate vendor replaced the tire.

When they returned, the remaining eight riders commenced the second day. It was a pretty nice ride to Burns where we stopped for gas.

The remaining route was the most mind numbing, soul scuttling experience this rider has ever had. Outside of a freeway, this rider has never experienced roads as straight, boring and interminably hellish. One demented member was ebullient about the route but this rider thinks he just likes being contrary. Never again will this rider touch that route again.

Stand by for a new OMC Spring Run route next year.

That's all Grim as to offer.

Enjoy the photos provided by Rip City, the Club Historian, as his contribution is well done and the value immeasurable. 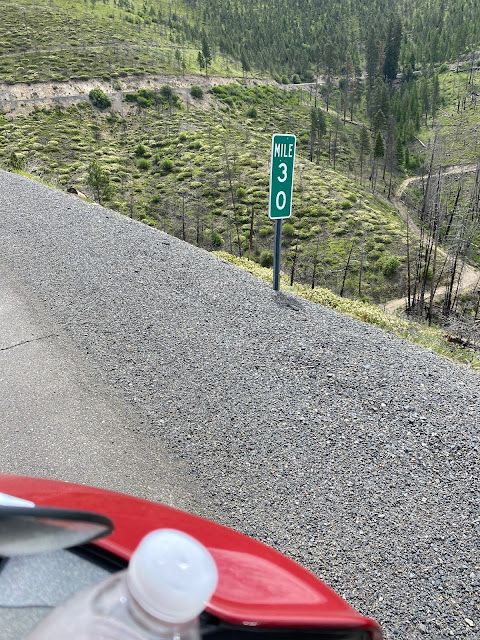 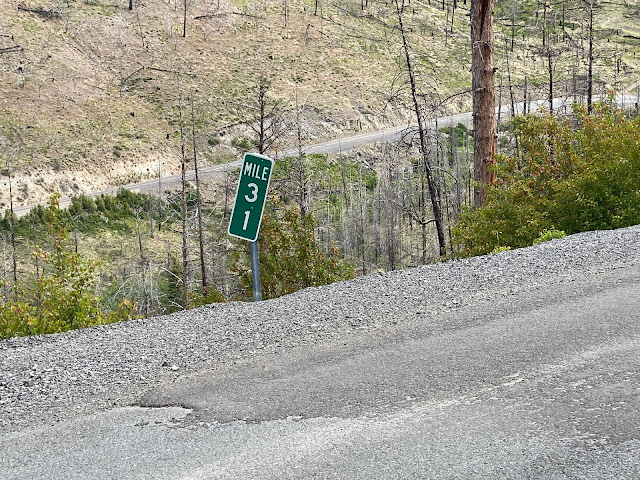 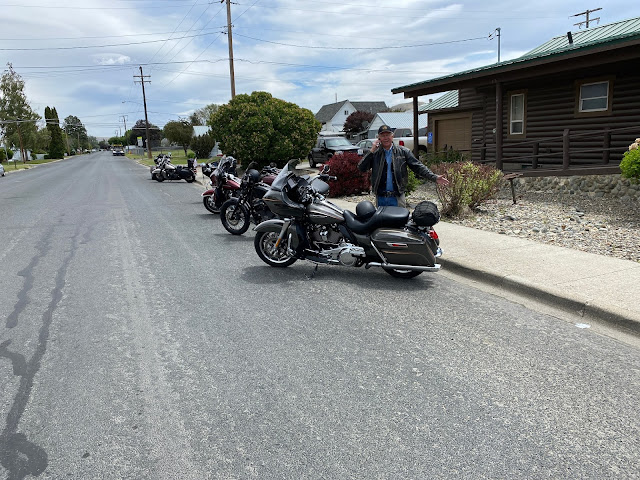 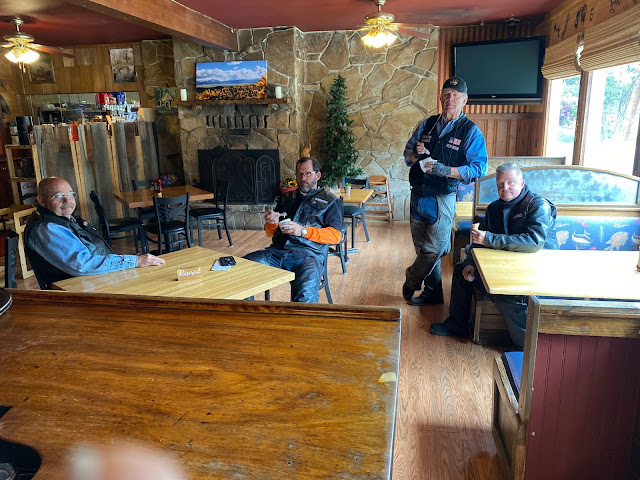 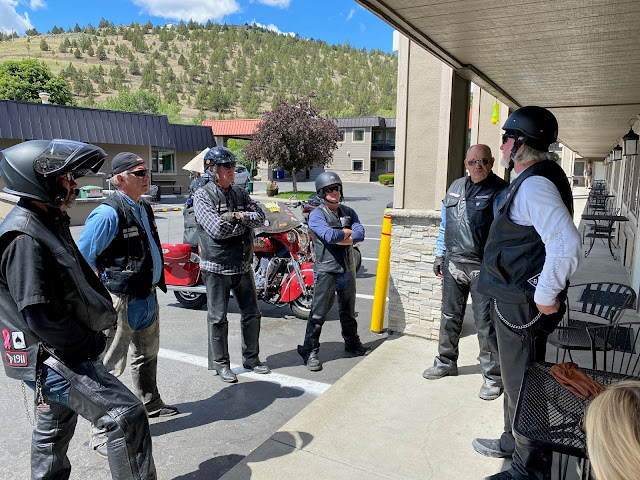 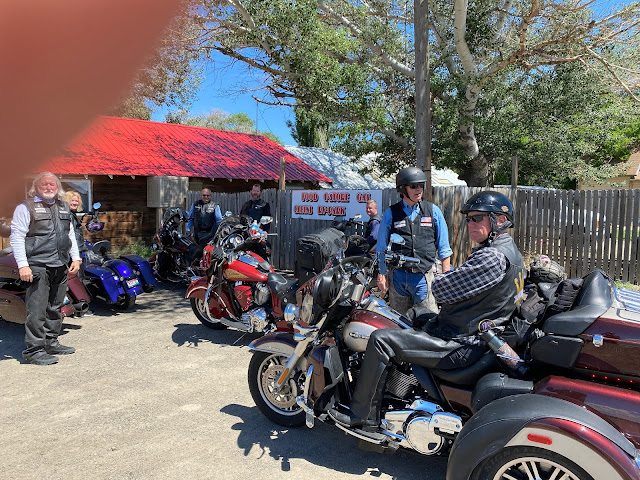 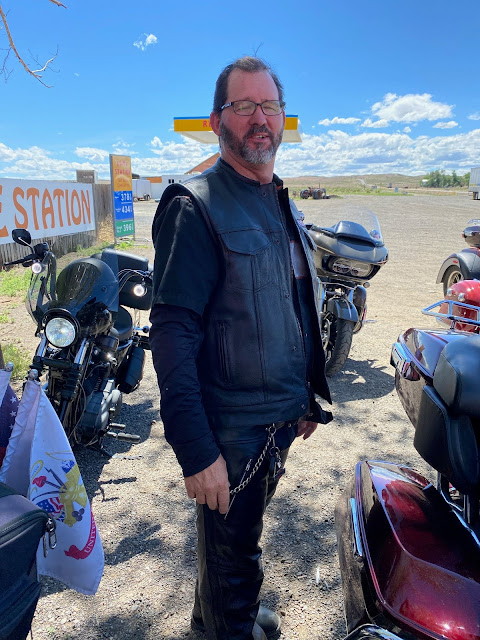 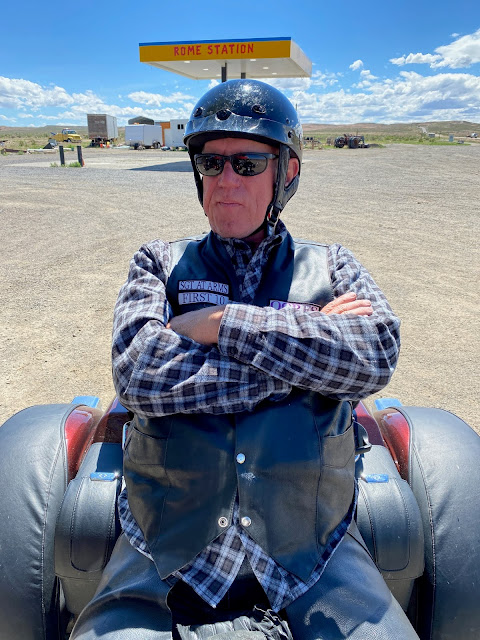 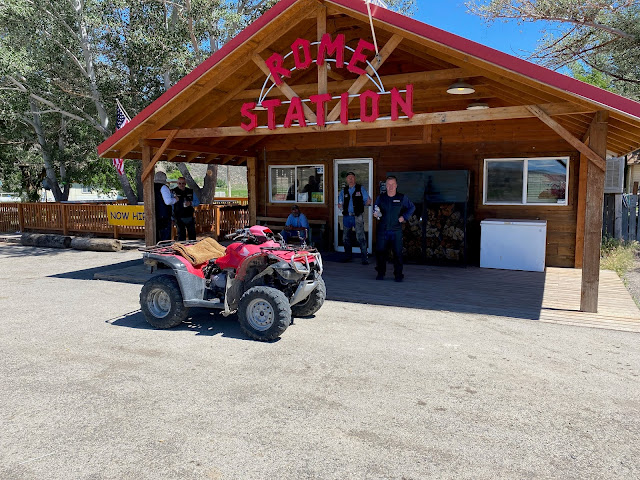 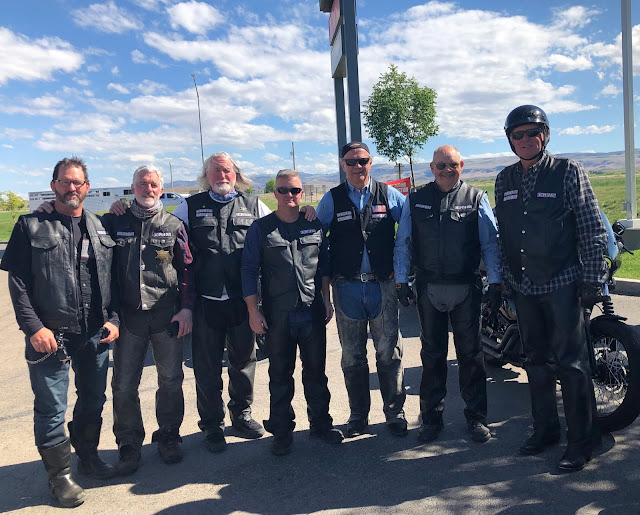 Special thanks goes out to our OGRES MC historian, Rip City. He again did a great job recording the events and sights of the 2021 OGRES MC Spring Run.  Check out the following links: 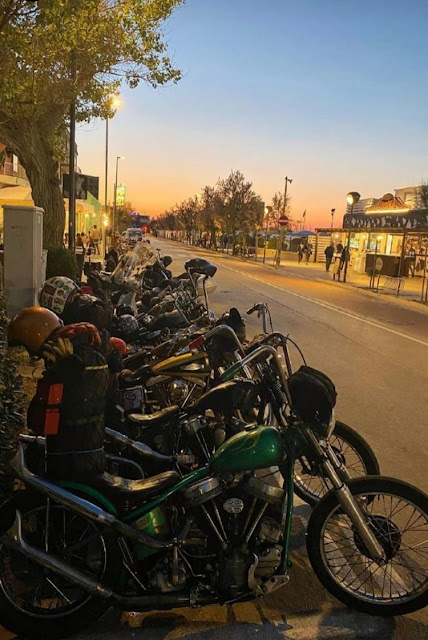 The OGRES MC Spring Run will begin at the Chevron Station at Old Highway 30 and Highway 44 just west of Middleton.