OMC "Valentine's" Social with Spouses on February 2nd at 6 PM 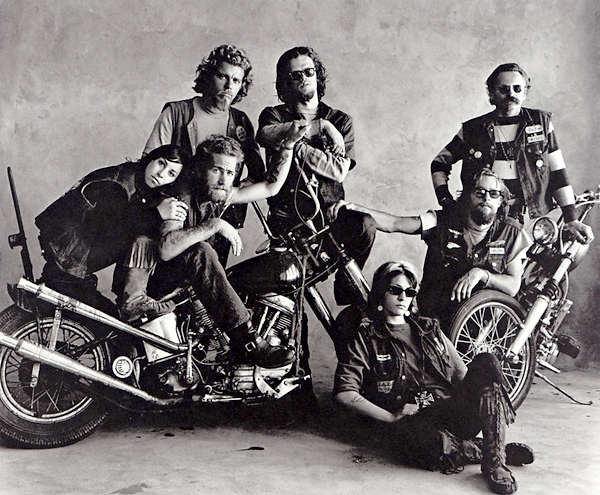 Our February "Valentine's Day" Social with Spouses will be on February 2nd at 6 PM.  We will gather at the Sockeye Grill at Fairview and Cloverdale.

OMC members should be in attendance even if their spouses are unable to attend.  Each OMC couple will cover their respective dinner expenses.

No cuts/colors should be worn in public with our spouses.

I will reserve space for us with the restaurant.  Please let me know if you cannot attend, otherwise I will expect to see all y'all there.

For future reference, the Socials with Spouses will be in February and August.  The August Social will be held at Smooth's home this year. 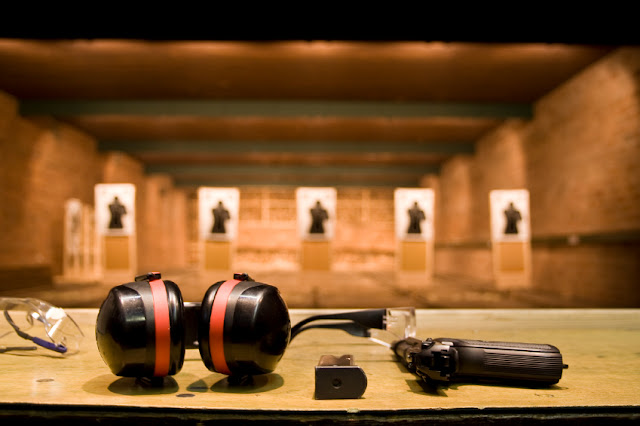 Upcoming OMC training for those interested in such.  An "enhanced permit" pistol class, heavy with personal and home protection training,  following up with maybe a rifle class.

The instructors and classes are at this link: 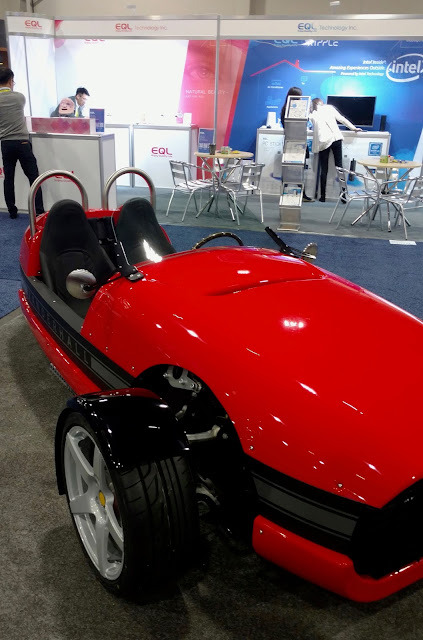 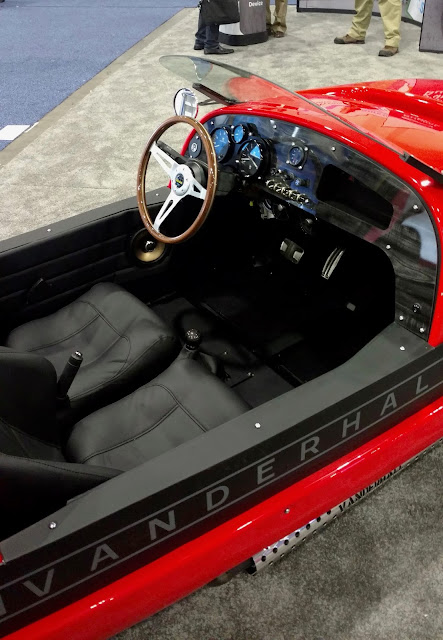 I am sure Smooth will be "sporting" his new ride, at the next meeting, that he picked up while at the CES Show in Las Vegas.  I feel bad he had to work so hard fulfilling his position on the Board.  Poor guy.
Posted by GRIM at 4:24 PM No comments:


OGRES condolences go out to Krome and Sonjia at this time for the loss of her dear mother.  Godspeed.


Hurricane, Utah – Joyce Vawdrey VanErt, 88, passed away Friday, January 6, 2017 at her home surrounded by family.  She was born May 25, 1928 in Salt Lake City, Utah to I.R. Vawdrey and Edna Atkinson.  She married Jack Seegmiller in 1947 and they had five children together.  She later married Clarence C. VanErt in 1977 at their home in Las Vegas, Nevada.
Joyce was raised in Draper, Utah until her early teens, after which she moved to St. George. She graduated from Dixie High, attended Dixie College, and went on to be self-employed for the better part of her life.
She was a strong and stubborn woman and would never let anyone beat her in cards. She loved her children and grandchildren and spent her life helping them on projects and sewing for them.  She had amazing attention to detail and loved with her whole heart…but if she didn’t yell at you, she didn’t love you.  Just when she thought she couldn’t love more, she was blessed with great-grandchildren.
She is survived by her five children, Kent Seegmiller, Kim Seegmiller, Chad Seegmiller, Sonjia Vlassek, and Larry Seegmiller; 11 grandchildren; and 9.5 great-grandchildren.
She will be laid to rest in Bountiful, Utah. In accordance with her wishes, there will no services held.

The meeting started with the distribution of the "in the door" prizes.  Each attendee received special beginning of the year prizes which included automobiles and jewelry.

We then dove into the delicious Taco Bell extravaganza that was so generously provided by the Sergeant at Arms.  I believe the President won the taco eating competition.

We then reviewed the upcoming three OMC sanctioned Runs, this season, and passed on more information concerning those rides.  See the Ride Calendar on the OMC official website for details.  I would not procrastinate making reservations, especially for Joseph and Challis.

A discussion and vote was held about the OMC Run guest policy.  The members present unanimously voted to leave the policy "as is" and not limit the amount of rides per year a guest can attend.  Members eloquently voiced the pros and cons culminating in the voted outcome.  Any guest still must be approved, well in advance, by the President.  Please consult the Appendix in the OMC Constitution for continued guidance.

It was also discussed about extending an invitation for membership to "Dan".  It was expressed he has been on enough rides and we have had enough exposure to him to offer membership as he has already virtually "prospected".  The final decision has been tabled until Smooth and Krome can give their input as I will not extend an invitation without the aforementioned input.

Duke introduced a ride he will be making to New Mexico in September and invited the membership to join him.  He can and will provide more information in upcoming meetings and such. 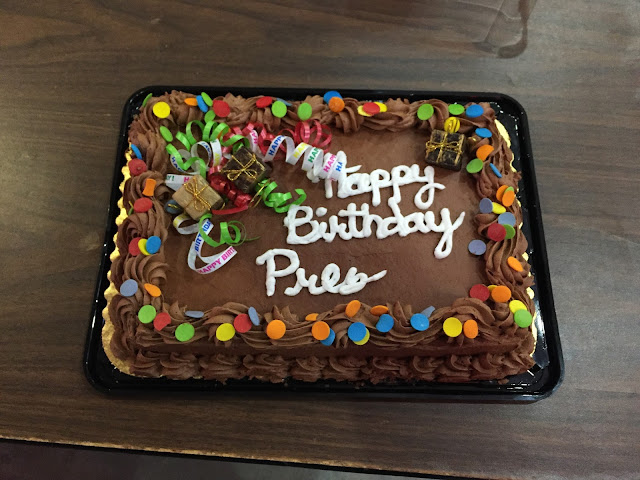 There was a short musical number by the OMC members concerning the President's birthday and a yummy cake was cut and eaten.  Thanks to Duke for remembering this occasion with this delicious cake.  The President is always pleasantly surprised.

See you at the February 2nd OMC Social with Spouses.  Details about when and where will be promulgated through this Blog very soon.  We will probably get a private room at a local restaurant and all get together for dinner.  More info soon.

It is great to be part of the OGRES Motorcycle Club.
Posted by GRIM at 11:12 PM 1 comment: 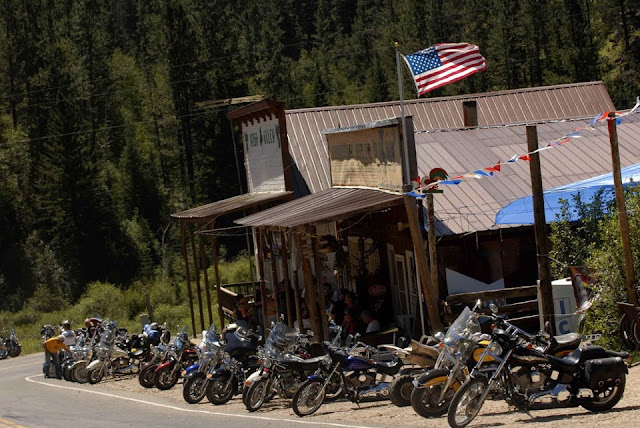 Our next OGRES Motorcycle Club Meeting will be this coming Thursday, January 5th, at 6 PM.  This is a mandatory meeting unless you have been excused by the President.

Important topics will be discussed and voted upon.  2017 OMC Runs will be reviewed and discussed. 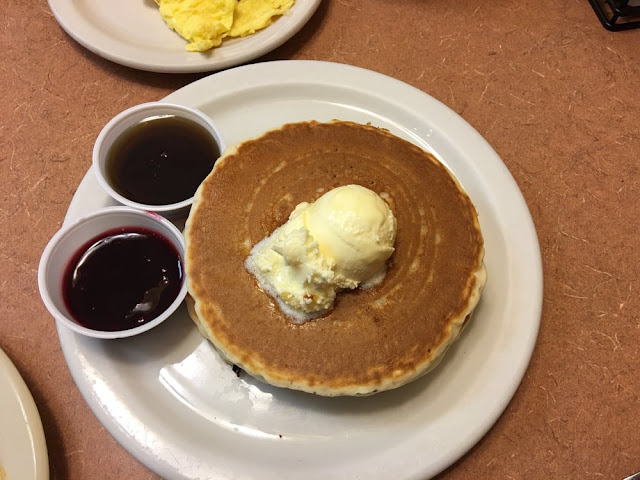 I couldn't resist the Marion berry pancakes but neither could Bomber and G-Man.  The food was excellent and so was the conversation.

It was decided we should produce a new hit television show called "Motorcycle Pickers" and model it much like "American Pickers" but with only motorcycle related items.  And then we would sell them on eBay along with Air Jordans and old telephone mouthpiece items. We are all gonna be rich except for those members who were absent.

A heated discussion almost started up about ride guests but it was put to rest until Thursday.  We talked trash about all the members who weren't there, as per past tradition.  We did miss greatly everyone who could not be there.

Happy 2017 and we all look forward to a great OGRES riding season.

Happy New Year to All OGRES and Their Loved Ones 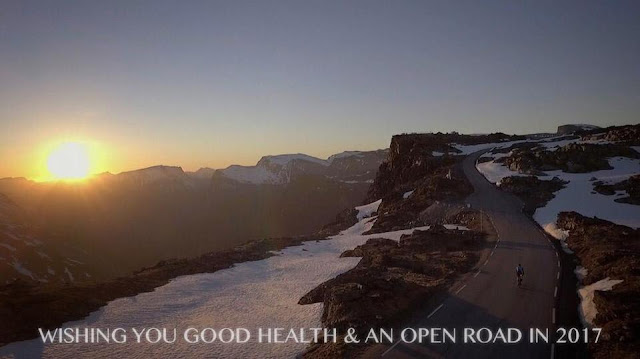