OMC Meeting and Run Dates for 2014

This schedule can be found anytime at the OMC Website at:

OMC Meetings for 2014
January 2 (Yearly Dues Day: $25)
March 6
May 1
July 10 (Second Thursday due to July 4 Holiday)
September 5 – Friday – Barbecue – TBA
November 6
All meetings are at 7 p.m. at the Clubhouse on Fairview unless otherwise designated by the Club President.

Iron Butt Ride 2014
There will be an 1000 mile Iron Butt Ride on Friday June 27 and Saturday June 28.
This is not an OMC sanctioned ride nor does it take the place of the three OMC sanctioned rides.  Anybody and everybody is welcome.
Friday June 27
The ride will start at the Chevron at Gowen/I-84 at 0600 hrs. (6 a.m.).  Promptly.
The route is Boise - Pocatello - Idaho Falls - Missoula - Kellogg - Spokane - Ritzville - Tri Cities - Pendleton.  This loop is 1013 miles.  The entire ride is on the freeway but it is a very nice ride once we get past Idaho Falls.
We will spend the night in Pendleton.  If you want to make reservations, you need to do this individually.
Saturday June 28
The second day will be a leisurely ride back through the Blue Mountains along the back roads.  Very nice.  We usually leave Pendleton about 0900 hrs. (9 a.m.).

OMC Hagerman Summer Run 2014
Friday July 25
The ride will begin promptly at 8 a.m. at the Garage Café in Notus, Idaho.
Overnight lodging will be in Hagerman, Idaho We will be staying at the Hagerman Valley Inn (208-837-6196). Each rider must make their own reservations.
Saturday July 26
The second day ride start will be determined by the Ride Captain.
This ride is open only to OMC members and who they invite.

OMC Joseph Fall Run 2014
Friday August 29
The ride will begin promptly at 8 a.m. at the Garage Café in Notus, Idaho.
Overnight lodging will be at the Indian Lodge Motel (541-432-2651) in Joseph, Oregon. Each rider must make their own reservations.
Saturday August 30
Departure time will be determined by the Ride Captain.
This ride is open only to OMC members and who they invite.

Met at the Chevron Station at Eagle and State Street.  Fantastic weather !  Those meeting there: G-Man, Bomber, Krome.

Arrived at Notus for Breakfast at the Garage Café, and met up with Rip.  Had a GREAT breakfast, as usual, and could hardly finish it.  Pictures afterward outside, with Rip doing his “BlueMan” impression.  Left at about 9:00 headed west.

Diverted to Wilder to look at Rip’s childhood home and his Dad’s Pharmacy location.  Decided to head to Adrian, Oregon.  Once there, the morning so beautiful, we decided to head to Owyhee Reservoir.  Relaxed at the top of the dam, and then decided to continue to the marina at the other end.  Not too much there, but with Rip’s luck, we found a future “store” being prepared, and the Ranger offered us free Soda from last years stock.  As it was getting pretty hot out, it tasted pretty good.

We soaked our vests in the sprinklers and headed back out the way we came, but diverted another way to the main highway, and stopped at the Owyhee Junction store, and snacked.  Getting HOT.  Headed south to just west of Marsing, gassed up and bought some more cold sodas and ice creams.

Then we headed south as if going to Winnamuca, Nevada.  Pretty soon we hit the Summer Camp road turnoff, leaving 95 and followed it to 78 near Givens Hot Springs.  We rode until we hit Grandview.

Grandview for lunch.  Again, great food and visited for an hour or so in the air-conditioned restaurant.  Left an hour later, and my bike thermometer said 108 degrees in Bruneau, and headed on East on 78 to Hammett.

At Hammett, we knew that Big Easy was in Glenns Ferry waiting for us, and so we got on I-84 for a quick approach.  We met Big Easy and friend Van at the main grocery store, and caught them snoozing.  They had come on the freeway and been waiting for an hour or so.  Soaked our vests in the sink of the bathrooms, and headed on down the road to King Hill.

Took a Ranch Road Loop there and finally got to Bliss, and dropped down to Hagerman.  On the way, we passed some kids that were messing around and crashed their old pickup into an orchard and really messed up the front end of their pick-up.  As we got to Billingsley Creek Lodge, we saw the police headed their way.

At Billingsley, they had lost G-Man and Bombers room reservation.  She said the whole town was sold out.  We asked her to call the main motel in town, and they did have a room.  It was really nice.  An hour later Big Easy lead us to the town “swimming hole”, known as Fisher Lake, the old Vardis Fisher homestead.  Water was cold but really crystal clear and refreshing.  Supper at about 8:30 and to bed early.  Not sure if there was a card game or not at Billingsley.

Breakfast at Billingsley, and the owners invited G-Man and Bomber for free.  It was fantastic as usual, with the fruit and cake, etc.

Headed down the road, just north of Billingsley, quickly up the grade to the top of the bluff, and then a few moments later to  Malad Gorge State Park, to look at the Devils Washbowl from the walking bridge.  Then we headed across the freewa I-84, and due north to Highway 26 east of Bliss, and headed to Gooding, gassed and got munchies, and soaked our vests with a hose at the side of the station.

Then due north on 46 till we got just east of  Fairfield, then east on 20 till we hit the 75 Junction, and on north to Ketchum.  Munchies again at the Veltex station in town, and then on north to Galena Summit.

Took some pictures, and a guy drove up and said that a “biker” just rolled off the highway about a mile down from the overlook.  We headed down to see if we could help. He was dazed, and had ridden his dual sport too hard in an inside corner, going to fast passing some cars, and rode off into the brush at the side of the road.  Driver he passed said the bike flipped twice with him rolling with it.  Another driver loaded him into his front seat, with some of his baggage and took him to be checked.  We then pulled his bike out of the hole it was down in.

Stopped at Redfish Lake Lodge for lunch.  Great tacos and burgers outside and at the lawn tables.  Fun watching people and shooting the breeze….

Gas and restrooms at Stanley, lots of traffic.

Quick stop to say good-by at the Horseshoe Bend Chevron, and we then took off over the pass and waved good-by at State Street.

See all of the Pics by G-Man.
Another GREAT ride, even though the weather was really HOT, but the “soaker” vests made it just fine. 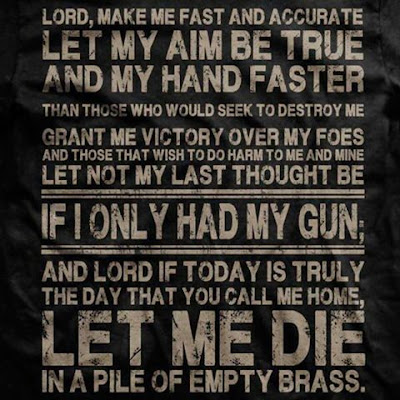 
The September 6th Meeting will be at Duke's house at 6 p.m.  Duke will be hosting the barbecue and shindig.

This event is for OMC members ONLY and their spouses.  Guests and prospects are not invited.

I will send out Duke's address on a separate e-mail.

http://ogresmc.blogspot.com/
Posted by GRIM at 10:51 PM No comments:

Change in Meeting Place for Beginning of Fall Run This Friday


Change in plans.  Everyone meet over at the Garage Cafe in Notus at 8 a.m.  There will be no rendezvous before that.  See you there.
Posted by GRIM at 6:21 PM No comments:

For those who want to ride together to the Garage Cafe in Notus, we will be leaving the Clubhouse on Fairview at 7:15 a.m. promptly.

Otherwise, the ride begins at the Garage Cafe in Notus at 8:00 a.m.  We will have breakfast there and then be on our way to Joseph, Oregon.  We will be taking backroads and highways through Nyssa, Payette, Baker and LeGrande.

After spending the night at the famous Indian Lodge Motel we will be coming back through Hells Canyon and Cambridge.

More information is available at the OMC wegsite at:

It promises to be an epic adventure.
Posted by GRIM at 10:52 PM No comments:

Another Choice for OMC Members


Since all OMC members AND prospects are required to own and ride a motorcycle produced by a North American manufacturer, the choices have increased with the reintroduction of the Indian motorcycle line.  Interestingly enough, Polaris is the money behind the line of Indian Motorcycles as they are for the Victory motorcycles.

Now OMC members and prospects now have three choices of production motorcycles:  Harley-Davidson, Victory or Indian.  You are not a prospect unless you OWN one of the three.

The new Indians look pretty cool and I would like to try the 111 cubic inch engine, blue tooth stereo system and electrically adjustable windshield.  Iconic styling.

One of each brand would work for me if I could afford it.
Posted by GRIM at 1:21 AM No comments: 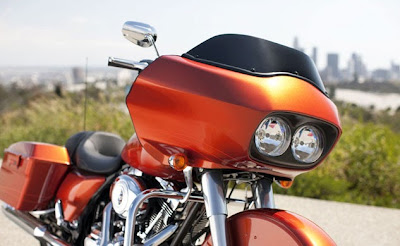 Check out this link:

http://blog.motorcycle.com/2013/04/15/manufacturers/harley-davidson/harley-davidson-discontinuing-road-glide-and-other-models-for-2014/
Posted by GRIM at 12:56 AM No comments:

Letters From The Wasteland

This was Big Easy's fifth trip to Sturgis and the first one when he was there on Opening Day.  It was a record turnout and Main Street was gridlocked.  There is nothing like Black Hills Kool Aid served by cute girls.

(If you are not a Wallflowers fan, you won't get the title.)
Posted by GRIM at 8:01 PM No comments:

Wars and Rumors of Wars (Sort of)


The Vice President, G-Man, is starting to look like a genius for dragging his feet before buying a new bike.

The rumor is that the 2014 Street Glide will come with water cooled heads and will have "been put on a diet" with redesigned bat wing and saddlebags.

It is supposed to be a big year for Harley-Davidson in 2014 with many upgrades and cool bikes.

Get your pennies saved up, Rip City !

Rumors but cool rumors.  We will see.
Posted by GRIM at 9:00 PM No comments:

That's all I know as promised reports have not arrived on my desk.

I also would appreciate any photos from the Spring Run and this Summer Run ANYONE might have so I can post them in the photo gallery on the website:

I am really sorry I missed it.  We will talk about this Run at our November meeting.

What were those "wussy" unauthorized vests I see in the photos !?!?
Posted by GRIM at 12:12 PM No comments: