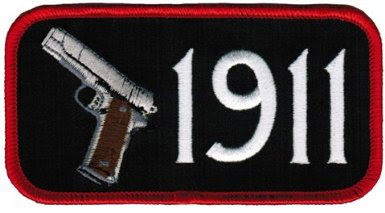 For those who may want additional 1911 Club patches, please see the link below.  The Lucky Card patch I awarded is available at the Harley-Davidson dealer.

Recently, I had conversations with two friends of mine.   One is a NBA referee and the other is a retired cop from Reno who has the same NBA job as myself.  I have been friends with both guys for years.

We were talking about Harley-Davidson motorcycles and in particular, Street Glides.  Before each conversation, I was under the impression they both were still in possession of their steel girlfriends.

The former advised me he had sold his and was without a bike.  He had owned a 2006 and really wanted to move up to the new touring design with the 103 engine.  While I can totally dig his motivation, I could not believe he was without a HD in the meantime.  And the cat is from Cali so he could ride now !

The latter said he had gotten a boat and spent all his spare time with his wife on the boat on at Lake Tahoe.  I have seen his wife in a bikini so I partially understand but the boat and the bikini would not be enough for me to be without my HD.

Maybe my priorities are skewed but knowing my Street Glide is poised and ready in the garage is a mental, emotional and physical necessity for me.  The bike is my sweet escape, my deliverance from the everyday, the balm for my soul.

I could no more fathom not having a Harley-Davidson motorcycle than I could not having a 1911 pistol or not living with my lovely wife (gotta throw that in there for marital reasons).  Yeah, I said a Harley-Davidson...not just any motorcycle.  Yeah, outwardly I say, "Well at least that person is riding something".  Inside, I am not so tolerant or glib.  (Sorry Rip.  I still love you, man.)  I am a dyed in the wool HD snob and believe there are no other bikes that can scratch my itch.

In fact, there is a red Dyna Street Bob at the dealership which is perfect for me.  I figure if one Harley-Davidson makes me feel this good.....one can only imagine what two Harley-Davidsons would do for me.