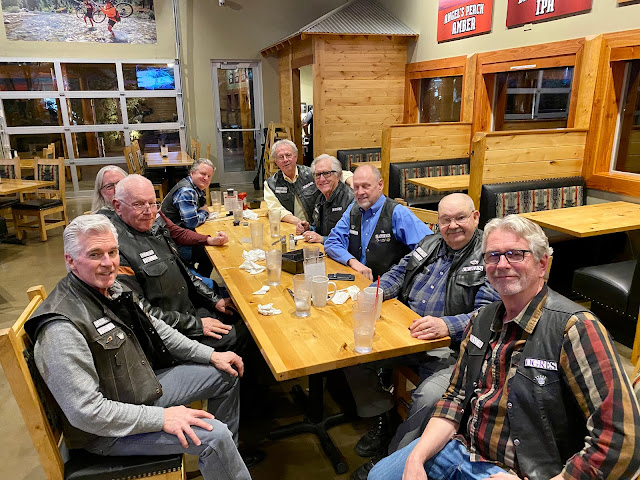 We met at the Fairview Clubhouse initially to discuss some Club business. Grim had quite an adventure on the way so he was a little late. We talked about the upcoming OMC Runs and everyone was encouraged to get their hotel accommodations made as soon as possible.

RipCity won the door prize again. It wasn't a Toyota Tundra (like Duke) but it was a nice knife.

We discussed some politics, health and safety topics and it was very pleasant. We finally headed over to the Sockeye for some food.

In the future, Grim will make reservations as we had a bit of a wait for our table but the staff was very quick to take care of us. It was a nice meal but not as nice as the railroad car to be able to hear everyone.

The next meeting is May 5th on Cinco de Mayo. See you there. We will ride somewhere for Mexican food.