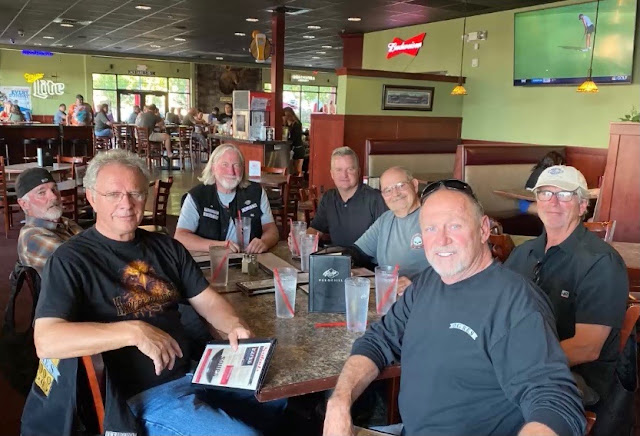 All members were on their motorcycles, including Krome, except for the Vice President who attended the motorcycle club meeting in a cage.

Members were brought up to speed on Krome's recovery and the disposition of his Road Glide. It sounds like both rider and motorcycle are progressing.

Grim encouraged members to come up with a new OMC Spring Run. Members were reminded of the following criteria for designing a new Run:

3. The route, by it's design, cannot exclude even one member.

4. The route should not duplicate any routes already in the Summer and Fall Runs.

Grim again explained why there are default Runs designed for the OGRES Motorcycle Club. Grim does not enjoy designing rides every year and has purposely front loaded the three Runs so he doesn't have to design rides every year. All OMC members are encouraged to submit replacements for the three OMC sanctioned Runs that meet the above criteria.

Grim then discussed a small change in the route for the upcoming Summer Run.  It was a choice between taking the Banks route or the Idaho City route to get to Lowman on the first leg. Banks is less fun and more traffic but the road surface is better. Idaho City is a great curvy road with very little traffic but the road is very rough between Mores Creek Summit and Lowman. Grim put it up for a vote and the members chose to take the Idaho City route.

The upcoming Summer Run will begin at the Chevron at Gowen and I/84 with the safety meeting at 7:45.  This is a no guest Run.

Grim apologizes profusely for the diatribe that followed the Vice President's inquiry about everyone's Covid 19 vaccinations, as if it was anyone's business. I am very sorry about going on a rant about vaccine discrimination and political conspiracies. It won't happen again. 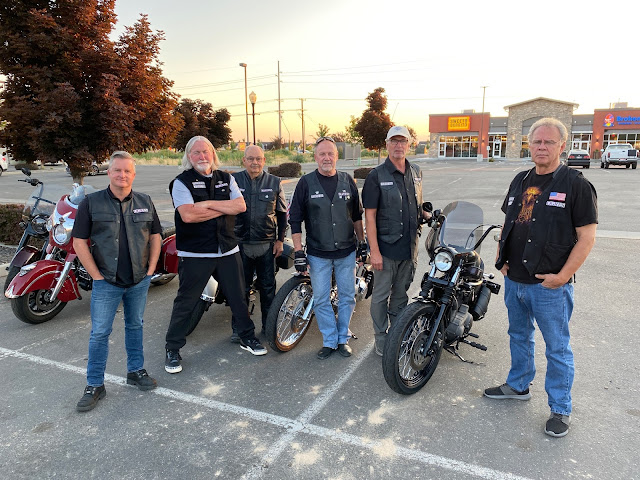 Many thanks to the Club Historian for his photos and Relive report.